Cruciform means having the shape of a cross or Christian cross.

This is a common description of Christian churches. In Early Christian, Byzantine and other Eastern Orthodox forms of church architecture this is more likely to mean a tetraconch plan, a Greek cross, with arms of equal length or, later, a cross-in-square plan, more like a square. In the Western churches it usually, though not exclusively, means a church built with the layout developed in Gothic architecture comprising:

In churches that are not oriented with the altar at the geographical east end, it is usual to refer to the altar end as "liturgical east" and so forth.

Another example of ancient cruciform architecture[1] can be found in Herod's temple, the second Jewish temple.

DNA can undergo transitions to form a cruciform shape, otherwise known as a Holliday junction. This structure is important for the critical biological processes of DNA recombination and repair that occur in the cell.

A cruciform joint is a specific joint in which 4 spaces are created by the welding of 3 plates of metal at right angles. 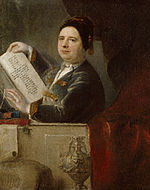 A cruciform manuscript was a form of Anglo-Saxon / Insular manuscript written with the words in a block shaped like a cross.

Tchaikovsky's "Cross"-motive, associated with the crucifixion, himself, and Tristan, first appearing in mm.1-2 of his Pathétique Symphony[2]

Play (help·info). Tchaikovsky identified with and associated the cross-motif with "star-cross'd lovers" in general, such as in Romeo and Juliet.[2]

In music, a melody of four pitches that ascends or descends by step, skips below or above the first pitch, then returns to the first pitch by step. The red lines, one between the outer and one between the inner, in the example to the right demonstrate how this depicts a cross: since the second and third pitches must cross the path of the first and fourth. Often representative of the Christian cross, such melodies are cruciform in their retrogrades or inversions. Johann Sebastian Bach, whose last name may be represented in tones through a musical cryptogram known as the BACH motif that is a cruciform melody, employed the device extensively. The subject of the fugue in c-sharp minor[3] from The Well-Tempered Clavier Book I is cruciform. See also: Cross motif.

The plain sword used by knights, distinctive due to the flat bar used as a guard. The overall shape of the sword when held point down is that of a cross. It is believed this shape was encouraged by the church to remind Knights of their religion. It was however very popular due to the protection it offered to the hand and certain attacks that rely on the cross to trap the blade of the enemy. See Sword.

Some airplanes use a cruciform tail design, wherein the horizontal stabilizer is positioned mid-way up the vertical stabilizer, forming a cruciform shape when viewed from the front or rear. Some examples are the F-9 Cougar,the F-10 Skyknight and the Sud Aviation Caravelle

Cruciform web designs use a cross-shaped web page that expands to fill the width and height of the web browser window. There are a number of different approaches to implementing them.

Doctor Who: The Cruciform

In the episode "The Sound of Drums" of the British science fiction television series Doctor Who, an object or location called "the Cruciform" is mentioned, as having been captured from the Time Lords by the Dalek Emperor. It is presumed to be something of great importance, since the Master considered losing it tantamount to defeat in the Time War, but no specific information other than that name has been given.


Look at other dictionaries: